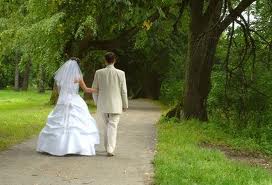 Over the years of serving the Lord as Pastor of Churches I have had to face many challenges in counseling with people having and experiencing difficulty’s. In looking back I can see that the devil does have many DEVICES that he employs to kill, steal and destroy God’s People. The Apostle Paul spoke in2 Corinthians 2:11 “Lest Satan should get an advantage of you; FOR WE ARE NOT IGNORANT OF HIS DEVICES.” It is plain from this verse and from many years of experience just what many of his devices are. Of course his goal is to STOP THE CHILD OF GOD FROM COMING TO MATURITY. He knows that if a Christian learns and grows and becomes Spiritual, he will be finished because he has been defeated by Jesus on the cross and in the Resurrection. The enemy knows that IF AND WHEN A BELIEVER AND a Christian KNOWS WHO GOD IS IN ALL HIS GLORY AND POWER AND… WHO HE/SHE IS IN CHRIST will be impossible to stop so he works to keep them in the dark and fog their understanding and hinder their Growth. To do this the devil has a LONG LIST OF DEVICES which, in his thousands of years of experience of fighting God and working with men, THE LIST OF DEVICES is headed by the TOP TEN DEVICES which he, through experience, has found works best to in his warfare against God. He fights God knowing what hurts God the most is HIS PEOPLE, whom the Lord loves supremely.

In all my study and years of dealing with problems of God’s People as a Pastor, I know that the FIRST AND MOST SERIOUS ATTACK OF THE ENEMY IS UPON THE UNION OF MAN AND WOMAN IN MARRIAGE CAUSING BROKEN HOMES TURNING OUT BROKEN CHILDREN. When you study the Beginning of Scripture concerning the Subject you will find that MARRIAGE (the putting together of a man with a woman for Marriage) was the FIRST ACT OF GOD to his newly created people. God did say in Genesis that he looked to see all his work, including Adam and he saw that Adam was not complete without a mate. In all his creation he had created each of his created animals a mate, yet Adam was ALONE. God said it is not good that man be alone so He did create Eve to be his wife, by taking out one of Adam’s ribs. Eve was a SPECIAL CREATION by God JUST FOR ADAM. The two of them would than become a TEAM, AS GOD JOINED THEM TOGETHER AND THEY BECAME ONE FLESH. I believe God than said NOW IT IS ALL GOOD. 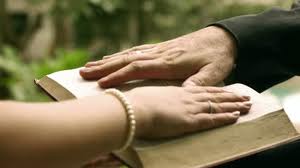 It is evident from the study of the Genesis account of the creation of man that God did give Adam and Eve the Authority to take charge over his created Earth. Look at Genesis 1:26

When we see this there is an apparent reason why the enemy of God would want to OVERCOME MAN. The devil knew that IF HE COULD HURT THIS UNION OF MARRIAGE BETWEEN ADAM AND EVE and destroy their Authority, through Sin, he himself would take this authority to himself. In the Sin of Adam and Eve the devil did just that, he did assume the authority over God’s creation when they sinned the sin of disobedience to God’s command.

After the fall of Adam and Eve into sin the Scripture says they were put out of the Garden and punished with punishments for their sin. To Eve, God said: “I will greatly multiply thy sorrow and thy conception; in sorrow thou shalt bring forth children; and thy desire shall be to thy husband, and he shall rule over thee.” Genesis 3:16 and to Adam God said:“Because thou hast hearkened unto the voice of thy wife, and hast eaten of the tree, of which I commanded thee, saying, Thou shalt not eat of it; cursed is the ground for thy sake; in sorrow shall thou eat of it all the days of thy life. Thorns also and thistles shall it bring forth to thee, and thou shalt eat the herb of the fiend. In the sweat of thy face shalt thou eat bread, till thou return unto the ground; for out of it wast thou taken: for dust thou art, and unto dust shalt thou return” Genesis 3:17-19.

Right away we recognize that God did strip Adam and Eve of the blessings he had given them and took reminded them of their loss of the authority He had put into them as SPECIAL CREATIONS. God had made Adam and Eve IN HIS OWN LIKENESS AND IMAGE but now they were fallen from this special place. They were still special creations because they had been made LIKE GOD, yet now they were stripped of the power.

It is clear that this PLUNGED THE ENTIRE HUMAN RACE INTO SIN. From the loins of Adam and through childbirth all men were born sinners with a nature to sin like their created parents:

ROMANS 5:12 “Wherefore, as BY ONE MAN sin entered INTO THE WORLD, and DEATH BY SIN; and so death PASSED UPON ALL ME, for that ALL HAVE SINNED.”

The Scriptures do than tell the Story about what happened after the fall of Adam and Eve from the position that they were created. It is not a very pretty story indeed to study how the men following them did sin and even WORSE than Adam. The devil did really enter into his reign over the Earth; showing his power and authority in the things he did to men.

BUT… Now the Scripture does tell us that GOD CHANGED ALL THIS IN THE COMING OF JESUS CHRIST. The fact is the Scriptures do tell us thatJesus Christ was the SECOND ADAM. Jesus did, by his death and resurrection, restore that which the devil had caused by causing Eve to eat the fruit and give it to Adam. Now man, IN CHRIST (those who are born again and have become a Child of God), are again in the place of rule over God’s Earth. The Lord has given again man his Authority and Power to rule and this Authority will bring Satan down and destroyed. Knowing this Satan than moves again to destroy the home by attacking Marriage.

***The First way that the enemy had devised to corrupt marriage is to cause men to marry wrong. He knows very well that Godly Men and Godly Women, rightly put together, will be a TEAM OF GREAT POWER. The Scripture says that marriage is of God. Remember in the Beginning the Lord did JOIN THEM TOGETHER AND SANCTIONED THE MARRIAGE. Now the enemy moves to place men and women together who GOD DOES NOT SANCTION AND JOIN. It is a fact that many who are seeking a mate NEVER CONSULT GOD AT ALL. They go out and just choose a mate and get married without even asking God if that mate is the one God wants for them or not. Because of this, many marriages are MAN MADE. The scripture says “WHOSOEVER GOD HAS JOINED TOGETHER LET NO MAN PUT ASUNDER.” A marriage made outside God’s blessing and selection will become a curse not a blessing upon the earth. Many married people are not married by the Lord and thus live a most MISERABLE LIFE and cause hurt to all who they touch.

MARRIAGE SHOULD BE MADE IN HEAVEN. God never intended man to choose at random a mate but His plan is to JOIN MEN AND WOMEN TOGETHER HIMSELF. The consequences of this is of course HOMES DESTROYED AND THE AUTHORITY OF GOD RUINED. Much hurt and pain is caused by people who are married to wrong people. The scripture says that it is wrong to be UNEQUALLY YOKED TOGETHER. When the marriage is Unequal than there is destruction and hurt because THE HOME THAT IS DIVIDED WILL NOT STAND. The greatest problem faced in this society is BROKEN HOMES. When a Home is broken than lives are Broken and hurt, children in those homes are psychologically effected and turned into rebellious lifestyles without God. The very downward trend of man can be traced to WRONG MARRIAGE AND BROKEN HOMES.

The strongest and first in importance of all God’s work begins with Marriage and that marriage will become a STRONG HOME where Children are raised and trained to know God and Love. Instead the modern home is so messed up that we live in a Godless society full of Broken People. Children have no Godly Parents and training thus becoming enemies of God in this world. The world if full of men who move in frustration and psychological hurt caused by BROKEN MARRIAGES AND HOMES.

It has been observed by myself and many others that THOUSANDS ARE LIVING DEFEATED LIVES because of WRONG MARRIAGE PARTNERS. Out of all the problems faced by the Pastor there is no greater problem than men and women who are hurt in marriage. There are as well many Christians who are unable to serve God effectively because they are married to a mate who will NOT GO OUT AND LIVE FOR GOD. The home is divided and hurt. Everyone around them are hurt because they are hurting.

THE GREATEST SOLUTION TO THE NEEDS OF THE WORLD IS GODLY MARRIAGES AND GODLY HOMES. FROM SUCH HOMES COMES CHILDREN WHO WILL STAND UP AND LIVE FOR RIGHTEOUSNESS.

So Satan moves to MESS UP THE MARRIAGE. THE HOME IS HIS TARGET. HE WANTS TO SEND MEN TO HELL AND RUIN THE CHANCES OF MANY OTHER EVER FINDING THE TRUTH OF SALVATION.