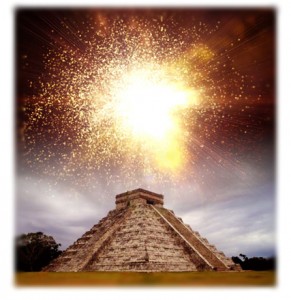 2012 is exciting for X-File fans and for people who know little about the Mayans, but who talk about their calendar anyway.  This is the year the cosmos will not end, but where people will talk about the world ending in any case.

For the rest of us, there is the joy of making predictions. Forthwith are ten calls for this year.  Take them seriously at your peril.  I have tried to make falsifiable calls.

1.   President Obama will lose his reelection.  The economy dooms him.  There will be ups and downs, but Mitt Romney will be President-Elect Romney.

2.   There will be third party talk this year, but nothing will come of it again. Together, all the third party candidates will get fewer than three percent of the vote.

3.   As a percentage few Evangelicals will believe this is the End of the World or vote for President Obama, but major media stories will center on Evangelicals who believe 2012 is the end of the world and the “new generation” of Evangelicals voting for Obama.

4.   Whatever Apple debuts this year a significant group will believe Steve Jobs had a better idea.  This will continue for years.  This year is the best shot for Google or Amazon to become cool as a result.  Disney is dead …who will take the techno guru crown?

5.   Another “Potter-verse” book will be announced, fandom will rejoice, but most will have moved on.

6.   The Euro will limp to an end with a whimper and lies advanced about economic “growth” in China will be exposed.  The American economy will stagnate, but protests will increase from last year. “Occupy X” will spread.

7.   Colleges will begin closing and a “free” accredited credentialing program will be announced or appear imminently on the horizon. The educational bubble will “pop” over loans and the number of students going to traditional colleges will begin a long-term decline.

8.   Alternatives to studio films and network produced content will hit a tipping point.  Convergence of digital content will explode: whether it makes it or not, GBTV’s model is the future.  People will begin contributing to the shows/movies they want to see made in “micro-patronage.”

9.   One major Western nation will descend into chaos (Spain? Italy?). Castro will die, but Cuba will not fall into chaos.

10.   South America will be “cool” as Brazil and Argentina are presented as a “third way.”