Yet more confirmation on the incredible ways God is confirming His Plans and Purposes and Divine Destiny for our nation at this critical time of transition…!

On posting my picture and words on the crown, this sister spoke of having done a similar picture whilst meditating on The LORD.  This amazing sister has agreed to have it shared along with Veronica West’s and my picture.

“He leads me to the north to the south.  Then there is a key (trinity) in the anchor and in the Wind-rose, an anchor and direction, map etc.  The cross, Is always first, so that is the way, key etc to His Kingdom.”

Cecilia drew this around the Jewish new year 2019.

I believe Cecilia’s picture and words speak of the centrality of the crown and the cross and the direction the Holy Spirit is guiding us for specific prayer!

That God must be central in seeking FIRST THE KINGDOM OF GOD!

On showing this picture to Veronica West, we both noted this hour glass being on its side and how it is revealing the KAIROS time God has revealed through His prophets that He has stilled everything until it’s right, in His righteousness.

Veronica noted also how it is as a spirit level — a plumb line.

As we spoke, Veronica saw the Sails of the ship representing The four Nations of England, Ireland, Scotland and Wales as I was drawn to the Four Points on The Crown.

The star is also confirmation of the unity of the four which is key to the door of reformation in the Nation. The four spikes are THE FOUR NATIONS.

Where there is spiritual division of the land, there will now be a coming together as the unity of four causes the star to arise and bring healing restoration of the boundaries of the lands to come together.

The Star is also looking like a Compass and confirming once again what is being REPEATED.

This word was re-highlighted and needs to be added to these pictures!

We are in great need to be aligned in prayer for SPECIFIC declaration and intercession and these pictures can only be of the Holy Spirit coming together through His people separately, YET IN UNISON!

“The Birthing of a New Kingdom Era is Now Upon the UK!”

A Word for United Kingdom of Great Britain and Northern Ireland.I heard the spirit say, “Some will say the nation has become paralysed and stuck by divisions and indecision.

But I say, no!!  This nation is not in a state of paralysis or stagnation, but rather a state of temporary suspension, yes!

A divine delay as My Spirit now moves upon the hands of the clock that govern time over this land, yes!

So watch and pray, for it is but for a moment of time, a kiaros moment, look and see for a small window now stands open before this nation, ha!!

A portal and a gateway for the rivers of My Glory, so arise My Ecclesia and let your voices be heard.

Let the cry of repentance go forth across this land and let the call for a demonstration of My Righteousness and Justice be heard, for even now, there are those who look but do not see!

As warrior angels of awakening and breakthrough are now ascending and descending upon the soil of this land, to the North, South, East and West.  So get ready!

For the birthing of a new Kingdom Era is now upon this nation.

Listen!  For the sound of deep groanings like a mother who cries out in the pain of childbirth is being heard.

But watch and listen, for a turning and a shifting is now taking place in the realm of The Spirit over this land.  The sound of deep groanings will soon give way to the cry of new life and new beginnings!”

A New Era for the UK!

A star is rising over the nation of the United Kingdom: a sign of the birthing of a new era.

Two nights ago, I had a dream where I saw a star rising over the nation of the United Kingdom and as I looked at the star, I saw a multitude of Warrior Angels gathering around the boundaries of the nation and then I heard these words, “A star rises in the heavenlies as a sign of the birthing of new era over this nation!”

As I heard those words, suddenly I heard the sound of a new born baby’s cry go forth across the nation.

As I heard the piercing cry go forth, I looked again at the rising star and I heard the angels begin to sing in one accord, “Arise, shine, for the Glory of The LORD has now risen upon you!”

As the multitude of angels sang, I watched as the nation began to rise, rise, rise and then I saw the Glory of heaven fall upon the nation, like a thick heavy blanket.

Watch!  A star is rising, the birthing of a new era…!

Cecilia’s is the top one with the boat. 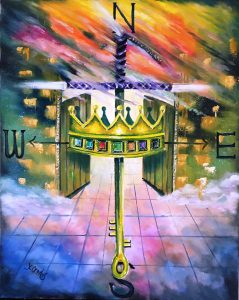 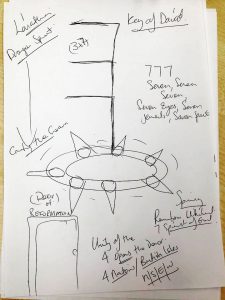 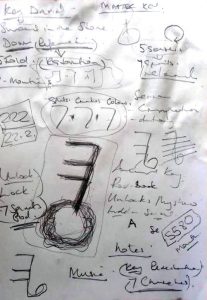 See the following HKP articles for these last three images

1)  “A United Sovereignty and Vision Confirmation”

2)  “An Urgent Prophetic Word for the Emerald Isle of Ireland”

3)  “The Key of David is Being Released Over the Nations!”