A short list of eschatological or end times audio and videos which have been recommended to us.  We make no comments on the contents, nor endorse them.

Raised from the Dead!   (Video)

Prophet Russ Walden or The Father’s Heart Ministry shares three testimonies of miraculous healing, resurrection from the dead and activation of miracles manifest in your life.

2 Chronicles 20:20 “Believe in the Lord so shall you be established, believe his prophets so shall you prosper…”

Indonesian Author and Pastor Philip Mantofa shares his testimony of how he overcame years of demonic possession and anger to leading more than 100,000 youth to Christ.  He also gives his testimony Jesus saving him.

Pastor Philip talks about his visit to Hell

On 3rdAugust 1979, Howard Pittman, a Baptist Minister for 35 years, died while on the operating table during surgery and had a near death experience.  He went to Heaven and met the Lord God on two occasions.  The Lord God gave him a salutatory message for us all – that message, this video, may save you from an eternity in Hell.

For a period of 23 hours, a young Ecuadorian girl named Angelica Zambrano was shown the Kingdoms of Heaven and Hell, and the Return of Christ.  She witnessed Jesus weeping as He overlooked multitudes of souls lost forever, a world that has rejected Him, a Church that is mostly unprepared for Him, a people that have stopped witnessing to the lost, and an entertainment industry that even lures children to Satan.

During a tragic Near Death Experience,  a conservative Presbyterian Pastor named Park Yonh Gyu was taken to Heaven and Hell.  He was shown why some saints are richly rewarded in Heaven, while others have no reward; why some saints have magnificent Mansions in Heavens, while others live in small Community homes.  He was shown why, after serving the Lord his whole life, his house was still small and unfinished.  He also witnessed how gruesome Hell was, and why so many Christians wound up there; and the sins of for which we must repent.  Pastor Park’s testimony is a wake up call to the Church, it will encourage those who are serving Jesus faithfully, it will strengthen your resolve for Jesus, and will bring the Fear of God to those who are not living Holy. 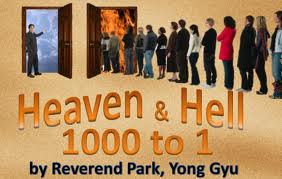 For a text version version, please see our article: Heaven and Hell:  1,000 to 1

The following was recorded on 3rd August 2012.

It is Maurice Sklar’s radio interview recording on the prophetic view about his country, the United State of America and its future. Maurice Sklar is powerful man of God, a gifted violinist and Prophet he both speaks and plays the Word of God.

The following is a 2011 Audio recording of End Times Bible Prophecy by Pastor Steve CIOCCOLANTI of “How Soon is Jesus coming?”

The following is an Audio recording by Arthur Burk entitled:

“The 3 Roots of American Freemasonry”

This short talk looks at the history of the Church in comparison to the demonic roots of Freemasonry in the United States of America and how, while the Church has been incapacitated to fulfil its biblical imperatives, Demonic Freemasonry has conquered the three core roots of the country.