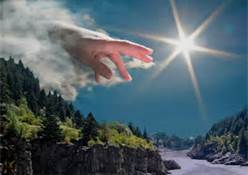 The Lord spoke to me the following statement twice over the past day: “Great Grace was upon them all…..”

So, I went and looked up that statement:

Acts 4:33 “And with great power gave the apostles witness of the resurrection of the Lord Jesus: and great grace was upon them all.”

24 Signs of the Lord’s Habitation is being built among us:

Acts 4:1-4 “AND WHILE they [Peter and John] were talking to the people, the high priests and the military commander of the temple and the Sadducees came upon them, 2 Being vexed and indignant through and through because they were teaching the people and proclaiming in [the case of] Jesus the resurrection from the dead. 3 So they laid hands on them (arrested them) and put them in prison until the following day, for it was already evening. 4 But many of those who heard the message believed (adhered to and trusted in and relied on Jesus as the Christ). And their number grew and came to about 5,000.”

1. Witnessing, preaching, and manifesting the Resurrection Power of Jesus Christ

Acts 4:7-14,18-20 “7And they set the men in their midst and repeatedly demanded, By what sort of power or by what kind of authority did [such people as] you do this [healing]? 8 Then Peter, [because he was] filled with [and controlled by] the Holy Spirit, said to them, Rulers of the people and members of the council (the Sanhedrin), 9 If we are being put on trial [here] today and examined concerning a good deed done to benefit a feeble (helpless) cripple, by what means this man has been restored to health, 10 Let it be known and understood by all of you, and by the whole house of Israel, that in the name and through the power and authority of Jesus Christ of Nazareth, Whom you crucified, [but] Whom God raised from the dead, in Him and by means of Him this man is standing here before you well and sound in body. 11 This [Jesus] is the Stone which was despised and rejected by you, the builders, but which has become the Head of the corner [the Cornerstone].12 And there is salvation in and through no one else, for there is no other name under heaven given among men by and in which we must be saved. 13Now when they saw the boldness and unfettered eloquence of Peter and John and perceived that they were unlearned and untrained in the schools [common men with no educational advantages], they marveled; and they recognized that they had been with Jesus.14 And since they saw the man who had been cured standing there beside them, they could not contradict the fact or say anything in opposition…. 18 [So] they summoned them and imperatively instructed them not to converse in any way or teach at all in or about the name of Jesus. 19But Peter and John replied to them, Whether it is right in the sight of God to listen to you and obey you rather than God, you must decide (judge).20But we [ourselves] cannot help telling what we have seen and heard.“

2. Uncommon authority
3. Full of and controlled by the Holy Ghost
4. The Lord builds the House: He’s the builder, architect, and cornerstone
5. Boldness and transparency
6. A Living relationship with Christ
7. Extraordinary miracles
8. Strict obedience to God, no fear of man

Acts 4:23-28“23After they were permitted to go, [the apostles] returned to their own [company] and told all that the chief priests and elders had said to them.24And when they heard it, lifted their voices together with one united mind to God and said, O Sovereign Lord, You are He Who made the heaven and the earth and the sea and everything that is in them,25 Who by the mouth of our forefather David, Your servant and child, said through the Holy Spirit, Why did the heathen (Gentiles) become wanton and insolent and rage, and the people imagine and study and plan vain (fruitless) things [that will not succeed]? 26The kings of the earth took their stand in array [for attack] and the rulers were assembled and combined together against the Lord and against His Anointed (Christ, the Messiah).27 For in this city there actually met and plotted together against Your holy Child and Servant Jesus, Whom You consecrated by anointing, both Herod and Pontius Pilate with the Gentiles and peoples of Israel,28 To carry out all that Your hand and Your will and purpose had predestined (predetermined) should occur.“

9. A corporate united mind with Christ in prayer together
10. Persecution and regional opposition to them
11. Knew they were in their predestined plan of God for them

Acts 4:29-31 “29And now, Lord, observe their threats and grant to Your bond servants [full freedom] to declare Your message fearlessly,30While You stretch out Your hand to cure and to perform signs and wonders through the authority and by the power of the name of Your holy Child and Servant Jesus.31And when they had prayed, the place in which they were assembled was shaken; and they were all filled with the Holy Spirit, and they continued to speak the Word of God with freedom and boldness and courage.“

12. Favor given to them for full freedom to minister
13. Signs and Wonders and power evangelism
14. The Glory shakes buildings and cities

Acts 4:32-34“32Now the company of believers was of one heart and soul, and not one of them claimed that anything which he possessed was [exclusively] his own, but everything they had was in common and for the use of all.33And with great strength and ability and power the apostles delivered their testimony to the resurrection of the Lord Jesus, and great grace (loving-kindness and favor and goodwill) rested richly upon them all.34Nor was there a destitute or needy person among them, for as many as were owners of lands or houses proceeded to sell them, and one by one they brought (gave back) the amount received from the sales.“

15. Believers were of one heart and one soul in relationship together
16. Liberal generosity/mutual sharing
17. No poverty among the believers
18. Great Grace was upon them all

NIV: God’s grace was so powerfully at work in them all
NASB: Abundant grace was upon them all
GWT: God’s abundant good willwas with all of them
GNT: God poured rich blessings on them all
DR 1899: Great grace was in them all

Acts 11:20-23 “20 But there were some of them, men of Cyprus and Cyrene, who on returning to Antioch spoke to the Greeks also, proclaiming [to them] the good news (the Gospel) about the Lord Jesus. 21And the presence of the Lord was with them with power, so that a great number [learned] to believe (to adhere to and trust in and rely on the Lord) and turned and surrendered themselves to Him.22 The rumors of this came to the ears of the church (assembly) in Jerusalem, and they sent Barnabas to Antioch. 23When he arrived and saw what grace (favor) God was bestowing upon them, he was full of joy; and he continuously exhorted (warned, urged, and encouraged) them all to cleave unto and remain faithful to and devoted to the Lord with [resolute and steady] purpose of heart.“

19. Lord’s Presence among them in power
20. Mass salvations
21. Discipling, Teaching

Acts 20:24“24But none of these things move me; neither do I esteem my life dear to myself, if only I may finish my course with joy and the ministry which I have obtained from [which was entrusted to me by] the Lord Jesus, faithfully to attest to the good news (Gospel) of God’s grace (His unmerited favor, spiritual blessing, and mercy).”

22. Radical unshakeable faith
23. Focused on the end result of their course

1 Timothy 1:14“14And the grace (unmerited favor and blessing) of our Lord [actually] flowed out superabundantly and beyond measure for me, accompanied by faith and love that are [to be realized] in Christ Jesus.”

Ephesians 3:7 “7Of this [Gospel] I was made a minister according to the gift of God’s free grace (undeserved favor) which was bestowed on me by the exercise (the working in all its effectiveness) of His power.”

24. A superabundant flow in their lives, and outwardly

Get ready, start moving people! God is in His House!

The Rev. Susan O’Marra of “In The Image Of His Glory Ministries“has been given the mandate by the Father to Raise up His Tents Of Meetings, so she goes wherever the Lord directs her to. Susan shares the Father’s Heart to those who are seeking Him, and the Cloud of the Presence of the Lord and the Fire of the Lord often manifests in the meetings, as the Lord meets with the People. The Impartation of the Spirit is released to all who hunger and thirst for the Lord and who desire to be changed. The Lord is seeking those who are willing to draw near to Him. Susan’s blog site is here.

If you like what we're doing:by PayPal
100%Donations will go to support missions and the needy.
See our Donations Page.