↓
Home→Biblical Teaching→Do You Heap Burning Coals on Your Enemy’s Head?

Taken out of context from the Bible, the question seems rather odd. On face value, heaping burning coals on the head of anyone, friend or foe, see just downright un-Christian.

But that is what we read in the Book of Romans 12:20b “… you will heap burning coals on his head.” Indeed, we are encouraged to do this very thing, something that no matter how we look at it, conjures up negative images.

The question is, what does this phrase mean? Where does it come from?

Before we begin to look at the phrase in detail, let us first look to God so that we set our understanding on the firm foundation of Who and What God is, for the phrase is found in the Holy Bible, which is the very Word of God, a Word, which God hold higher than His own name (Psalm 138:2).

God is Righteous and Just: He is the judge of all things and in Him there is no darkness nor wrong, nor can there ever be. This “burning coals” phrase, must bring righteousness and justice.

God is Love: God demonstrated this for all time, as He agreed to sacrifice His one and only begotten Son on a cross at Calvary, for us, so that we may be forgiven and attain everlasting life. This “burning coals” phrase, must exemplify love.

God is Holy: God is Holy beyond all our imaginations: He is perfectly perfect; He is completely complete; He is pure in all ways, at all times. This “burning coals” phrase action, must glorify God.

God is Truth and Light: We read in Revelation 21:23 of Heaven, that “the city had no need of the sun, nor of the moon, that they might shine in it, for the glory of God illuminated it, and its lamp is the Lamb.”

Why are truth and light linked? In John 3:21 we have an explanation as Jesus says:

“But he who practices truth comes to the Light, so that his works may be revealed, that they exist, having been worked in God.”

In God, truth and light are one and the same. This “burning coals” phrase must bring all to the truth, and from darkness to light.

Let us now go and look at Romans 12:19-21 to view the extract in relation to its related and enclosing scriptures:

“Beloved, never avenge yourselves, but leave it to the wrath of God, for it is written, “Vengeance is mine, I will repay, says the LORD.”
To the contrary, “if your enemy is hungry, feed him; if he is thirsty, give him something to drink; for by so doing you will heap burning coals on his head.”
Do not be overcome by evil, but overcome evil with good.”

First, we come across a direct imperative for Christian: “Never avenge yourselves.”

Executing vengeance; taking satisfaction for an injury by the punishment of the offender; vindicating ourselves, are all expressly against the word of God.

Why? Because the Word of the LORD, first in Deuteronomy 31:41b says “I will give vengeance to My enemies and will reward those that hate Me.”

Nahum 1:2 then reiterates the words saying “Jehovah takes vengeance against His foes, and He keeps wrath against His enemies.”

When a phrase appears in the Bible, it is important. When it is repeated, it is very important, and when, like now, it is repeated yet a second time, we has better not forget it!

God is God and certain things are His prerogative and right to execute.

Vengeance, Revenge and Retribution all fall under that category. They are all the works of God and or God only.

He alone is the judge and can rightly and impartially judge. These are not works for man.

What has mankind to do?

Well, Jesus sets the bar quite high on this one, as He says in clear and certain terms in Matthew 5:44 that born-again Christian are to “Love your enemies, bless those who curse you, do good to those who hate you, and pray for those who despitefully use you and persecute you.”

Yes, we are to love and bless our enemies. But there is more than that!

Matthew 5:44 is a “conditional” instruction as Matthew 5:45 goes on to say: “so that you may become sons of your Father in Heaven. For He makes His sun to rise on the evil and on the good, and sends rain on the just and on the unjust” (Emphasis added).

Note the first two words: “so that.” This means that unless we love our enemies, we cannot become children of our Father in Heaven. There are no ifs, or buts or ands here. We must do this if we are Christians. If we don’t do it, we are not Christians.

Therefore, “if your enemy is hungry, feed him; if he is thirsty, give him something to drink”. These are the words of God for all mankind.

Paul then says in Romans 12:21 “Do not be overcome by evil, but overcome evil with good,” an eloquent, concise and clear summation of the previous: no matter what, Christians are to do good!

How then, by doing good, by feeding our hungry enemy and slating the thirst of our enemy, will we “heap burning coals on his head” and what does that mean and what will it do anyway?

In studying scripture, there are two sources: biblical and extra-biblical (or non-biblical). If we cannot get full clarification from within the Bible, we may then look elsewhere for explanation, providing that the extra-biblical explanation does not conflict with biblical principles.

After looking at the phrase “heap burning coals on his head,” in context to the verses around it, we can view it undeniably as a positive statement, with positive connotations.

Romans 12:21 now can be reasonably be viewed as an act of “goodness”, which overcomes evil.

The first is an almost identical phrase in Proverbs 25:21-22 which confirms our basic understanding as to the goodly and Godly nature of the phrase, which reads:

“If your enemy is hungry, give him bread to eat; and if he is thirsty, give him water to drink, for you shall heap coals of fire upon his head, and Jehovah shall reward you.”

In the Old Testament, it is generally viewed and agreed that God’s awards and rewards are always seen as a direct response to acts of kindness by mankind.

In the next source, we look at Isaiah 6:5-7 where we find Isaiah, just after he had arrived in the Throne Room of God.

” Then I said, Woe is me! For I am undone; for I am a man of unclean lips, and I dwell in the midst of a people of unclean lips; for my eyes have seen the King, Jehovah of Hosts. Then one of the seraphs flew to me, having a live coal in his hand, snatched with tongs from the altar. And he laid it on my mouth and said, Lo, this has touched your lips; and your iniquity is taken away, and your sin purged.”

Here we see the connection of the burning coals with purging from sin and for purification.

This link between burning coals and purification is also seem, though not directly, in source three, Malachi 3:2b where the coming of the LORD is described, saying “ For He is like a refiner’s fire…”

Again the purification of fire is in evidence and aligns with the Romans 12:19-21 context. Malachi 3:3 follows on that theme also.

The final question now that remains is: What does this 2,000+ year old phase actually mean?

What is the original connotation of heaping burning coals on the head of an enemy, of anyone else, for that matter?

Researching this phrase brings me to the conclusion that there is no definitive explanation which is well supported by extra-biblical sources.

Kenneth Samuel Wuest (1893–1962) was a noted New Testament Greek scholar and wrote on this point:

“In Bible times an oriental needed to keep his hearth fire going all the time in order to insure fire for cooking and warmth. If it went out, he had to go to a neighbour for some live coals of fire. These he would carry on his head in a container, oriental fashion, back to his home. The person who would give him some live coals would be meeting his desperate need and showing him an outstanding kindness. If he would heap the container with coals, the man would be sure of getting some home still burning. The one injured would be returning kindness for injury.”

Wuset’s explanation however, raises the question: Would the injuring party actually go to the home of the injured party and seek out such benevolent action? 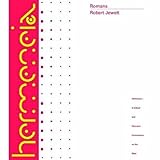 Robert Jewett’s relatively recent Romans commentary (Romans: A Commentary (Hermeneia: A Critical & Historical Commentary on the Bible) suggests that since Proverbs draws on some Egyptian literature, it is probable that it refers to an Egyptian practice of a repentant person carrying on their heads, some form of vessel with hot coals in it, symbolizing their repentance.

Thus the idea of Proverbs 25:21-22 would be to feed and give drink to your enemy, so that he or she will repent of their animosity toward you.

It is, after all, the enemy’s benefit which is of importance here. When the enemy is treated as a fried, when good is returned for evil, then there is the chance evil will be overcome.

Your enemy, your antagonist, may be overcome not by your words, but by your good deeds.

They may be transformed by a renewal of their mind, they may be changed from darkness to light, as we evangelise silently by action, not words.

Friends, before I close, I feel required to quote Ephesians 6:12 which both describes and defines our real enemy, for as Paul says:

“For we do not wrestle against flesh and blood, but against principalities, against powers, against the world’s rulers, of the darkness of this age, against spiritual wickedness in high places.”

If we forget this, we forget whom our real fight is against; who our real enemy is.

Our enemy is not mankind, for on them, we are to heap love and forgiveness, crowning their heads with burning coals, that they may be saved from Hell and spend eternity in Heaven.