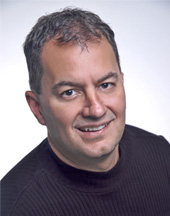 As I have prayed about the coming year, I’ve sensed three clear directives.

Some people are terrified of 2012. They worry because the Mayans of ancient Mexico mysteriously ended their 5,126-year-old calendar on December 21, 2012—as if they expected the world to end that day. This silly hypothesis became the basis for several New Age books and a goofy disaster movie, 2012, in which actor John Cusack avoids meteors and earthquakes just in time to get his family aboard the modern version of Noah’s ark (built in China!) before the rest of the world is destroyed by a tsunami.

I’m not afraid of 12/21/2012 because (1) Ancient Mayans never actually said the world would end in 2012—and even if they did, they didn’t have an inside track to God; (2) Doomsday predictions have never been accurate; and (3) Jesus holds the future in his hands. As long as I’m in relationship with Him, it doesn’t matter what happens on earth. I’m secure.

“Despite strange weather patterns, global terrorism and the specter of an economic crash, I’m actually optimistic about where we’re headed in 2012.”

Despite strange weather patterns, global terrorism and the specter of an economic crash, I’m actually optimistic about where we’re headed in 2012. And as I have prayed about the coming year, I’ve sensed these three clear directives:

1. Expect major transitions in kingdom leadership. The world is focused on leadership in the political arena, but God has been working behind the scenes preparing men and women for kingdom assignments. Our focus should not be on Democrats, Republicans, Obama or Romney. 2012 is not about a presidential contest. Just as David was prepared for the throne during years of testing in the wilderness, a new battalion of Christian leaders has been trained in obscurity. They will be commissioned and appointed in the new year. And their influence—not that of a political figure—will shift the nation.

Jesus said He would call the humble from the back row and seat them at the head table. He openly rewards those who pray, fast, give and serve in secret. God will exalt those who have walked with Him in faithfulness and crucified selfish ambition. As in the days of Elijah, He has reserved thousands of prophets who have not bowed their knee to Baal. They have been in isolated caves of preparation for years, and some have been on the verge of quitting. A wind of new strength will cause them to stand and assume their positions.

2. The sound of evangelism must be amplified. The prophet Isaiah said: “Get yourself up on a high mountain, O Zion, bearer of good news, lift up your voice mightily, O Jerusalem, bearer of good news; Lift it up, do not fear. Say to the cities of Judah, ‘Here is your God!’” (Isa. 40:9). Just as the early disciples prayed for boldness in the midst of persecution, and the Lord answered with a supernatural earthquake (see Acts 4:29-31), the Lord wants to turn up the volume of our message and empower us with a spirit of might. We must put aside our timidity. We cannot hide our light under a basket.

Many churches in the United States have not made outreach a priority. We’ve catered to the saved and preached to the choir. The Holy Spirit wants to remodel and revamp weak churches and make them into powerhouses of spiritual impact. He can take a church with a four-cylinder engine and outfit it with eight; He can turn up the volume and cause a quiet congregation to shake a city. In 2012, expect small churches to be revitalized. God specializes in using small armies, like Gideon’s group of 300, to catch the enemy by surprise.

3. Supernatural provision will be released. The great recession has brought heartache and difficulty to families, companies and churches, but it has a silver lining: God has used it to purify motives, refine faith and refocus priorities. The Holy Spirit has exposed our materialism, and His fire has also consumed unhealthy prosperity doctrines that tainted the church with scandal and greed.

Today, a new passion is arising in the church to fight injustice, feed the poor, show compassion to the broken and share Jesus’ love with unreached nations. We’re tired of giving money to support charlatans who demand private jets and luxury treatment; we want to serve the orphan and the widow in the spirit of Christ. And we are asking God for His supply, knowing that if God can feed a multitude with one lunch, or provide for a family with one jar of oil, He can open sources of provision we never knew existed.

Missionary Hudson Taylor said: “God’s work done in God’s way will never lack God’s supply.” I pray you will experience this truth in 2012.

Isaiah 66:9 says: “Shall I bring to the point of birth and not give delivery? … Or shall I who gives delivery shut the womb?” Don’t fear the future. Receive new strength from the Lord as you step into this new year. No matter what disappointments or delays you have encountered during the past season, don’t give up. God brought you to this point, and He will not fail you now.

J. Lee Grady is the former editor of Charisma and the director of The Mordecai Project (themordecaiproject.org). You can follow him on Twitter at leegrady.