↓
Home→Prophecy→America: You are a Divided Nation 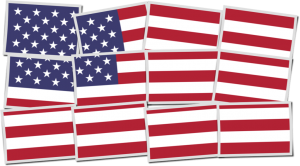 “Thus says the LORD: “A voice is heard in Ramah, lamentation and bitter weeping. Rachel is weeping for her children; she refuses to be comforted for her children, because they are no more”” Jeremiah 31:15.

And because of your divisions, you will have eruptions in the cities. You will have eruptions and shootings in the schools. You are a divided nation. You are not united. At one time you broke away from the tyranny of a foreign power, but in the space of many, many years you have chosen prejudice over freedom. You haven’t taken care of the fatherless or the widow. You have chosen rather to reward those who have climbed the ladder to the top in their field.

The hourglass is waning. Time is running out. Will you pursue righteousness or will you follow after your own hearts, says the Lord? The killing of many will continue. There will be a song heard throughout the land, and it will be of Rachel who is weeping for her children.

Your days are numbered, oh America.

Foreigners came to your shores looking for the light of freedom. But instead, they have come to a nation divided. I ask you, ‘Was I divided among you?’ I came to my own and my own would not receive me. And now I see some who have received me, but their hearts are divided. But the drums and the sounds are heard from afar. They beat out a melody from long ago. It is the sound that was sung on every street corner. It rang the bells of freedom. It sung of heroism and courage. And if you listen intently, you can still hear that song.”

Stephen Hanson of In His Truth Ministries came to the LORD is a special way in 1975 and has prophesied regularly since. In these end-time birthing pangs we are reminded that judgment must first begin with the household of God. Will we be prepared and ready?