↓
Home→Prophecy→Deeper Relevance for New Beginnings in The 8th Month 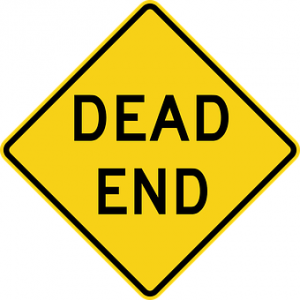 As winter came to an end, and we ushered in the beauty of springtime, it was a time of tuning into the sound of the shift beginning to take place and I heard “Deep is calling unto deep!”

The LORD was calling us to wait upon Him and renew our strength; prepare to mount up and soar as the eagle.

It was such a powerful time of pondering, listening, trusting, and mounting up to ascend with Him.

We shall not grow weary for He has given us rest and equipped us in the quiet moments.

He has given us quiet moments to ponder our responsibilities, to grow in maturity, meditate on the process of equipping leaders and pioneers that pave the way. It was a time of meditating on accountability.

One of the questions I heard in my heart as I prayed for the Warrior Bride was, “Who are you accountable to? Who are you listening to? God or man?”

Instantly I sensed that He is shining His light brightly on the path of those called out as leaders , to be willing to take on greater responsibility with a single focus. Clarity has come to the called out ones who have been drafted into The Army of The LORD.

I AM here to put them on the path of life and I AM paving the way via of a new Subdivision called NEW DAY.

They will live on a street called TRUST THE UNKNOWN in a house called FULLNESS of IDENTITY.”

The number 29 biblically is often denoted as Departure.

He firmly said much opposition is a form of criticism being applied as a direct force to hinder progress, but I AM raising us leaders who have grown past those threats and have set their face like flint to go forward and in everything give thanks.

They will thrive on opposition as they rise up to a higher new dimension. These called out leaders will recognize it is an element that has taken on a role of purifying any mixture in them that would hinder them in their responsibility.

That opposition is awakening areas of complacency, hardness of heart, and self-deception that has made many stagnant.

A great awakening is upon us and The LORD is shaking and waking us to be totally aware, alert and astounded as we walk in a bond of unity AS ONE to be ONE as Jesus and the Father are one.

He called us up higher to the secret place to prepare our hearts to have a heart like David. The Saul spirit that is manifesting today as jealousy and envy is deadly.

He is exhorting us to do whatever is necessary to keep envy and strife out of our life for where there is strife, there is every evil work.

The word envy in Greek is zelos and denotes a fierce desire to promote one’s own ideas and convictions to the exclusion of everyone else. When this attitude continues, it leads to strife.

Strife in the Greek is eritheia, used by the ancient Greeks to stand for a political party.

There is much more that could be said regarding that, but The LORD was revealing to me in scripture how James 3:16 final word says: “For where envy and strife is, there is confusion.”

In the atmosphere of confusion, co-dependency and manipulation thriving together have brought disorder and every vile practice but God is establishing order in HIS house and in His land for true alignment and authority.

HE is raising us up to stand on mountains, all the mountains of our culture and be different in order to make a difference.

For we must embrace the true identity He has given us. He lives in us, HE is inside of us. We can ascend to heavenly places with Him. We are seated there.

As a time of darkness and cleansing comes in the earth, as it will, hold on tight to the Father’s unchanging hand and seek the Father’s heart with faith knowing HE is just in all His ways.

In the midst of the storm, speak peace. It is our time to Arise. So Rise up and take possession.

His Remnant Army is no longer entangled with petty differences or blinded by divisive prideful platforms.

His army is no longer short sighted for He is enlarging our perspective to include a new opening.

He is opening up the eyes of our understanding to envision the astonished beyond measure movement that is coming upon the earth as we have prayed “on earth as it is in heaven.”

Occupy doesn’t mean move in and keep asking, it is defined to “take control of (a place, especially a country) by military conquest or settlement”

We shall be known as The Roaring Bride as justice is coming on the earth one wave after another wave until injustice is pulled up by the very roots and His Kingdom is established by His relentless love.

We are being exhorted to pursue with passion that which sets our heart ablaze and let that greatness come through humility.

Walk circumspectly with wisdom in every area, choose words wisely and endeavor to walk in the light with God and man.

I recently had a vision of the finger of The LORD drawing a circle that connected dots and I asked, “What is that?” He spoke and said, “I AM bringing my people full circle to recover some things they have lost along their journey.

There was very little understanding and too many presumptions during those time of many stops and starts.

It was a time of great grace where your trust was tried and tested in preparation for the day you are now experiencing.

You were being developed in greater depths of truth in order to live in complete trust, truth and obedience in a time of great deception,” says The LORD.

TRUST, TRUTH, and OBEDIENCE will be your anchor in the storm.

Obedience simply put, says, “I believe in you more than myself and I am not trusting in myself but I am fully persuaded and I trust in you Lord!”

The LORD is bringing us into a time where we will truly be astonished beyond measure as He steps in for such a time as this with signs and wonders that we have only imagined in our wildest imagination.

Sandi Holman of Matters of the Heart website was called to the nations as an End-Time Handmaiden in 1984 with Gwen Shaw and served with YWAM Singapore and YWAM Charlotte in missions. Sword of the Lord Ministries came from a divine encounter with the Lord when He came into her prayer room and said, “I have come to put a sword in your hand and was given special instructions on how and when to use it.” She is an author, Prophetic Intercessor and Seer, Chaplain, Teacher, Speaker and Equipper, and Blogger who has also served as a Pastor Online with Beyond the Veil Ministries.