Last week I received an invitation to come to my great uncle’s house on Saturday to discuss current events from a prophetic perspective. I readily accepted. I confess I hadn’t “prayed up” before my arrival. I was too preoccupied with listening to Hal Lindsey’s book, “The Everlasting Hatred.”

After greeting my family and settling in with minimal small talk, I got right to it. Over the course of an hour and a half I gave the closest thing to a lecture that I have ever given. Among other topics, I discussed in detail the climate of the Middle East in various nations, the inevitable crisis coming to the United States and the RFID, including the implant and the “internet of all things.”

My uncle expressed deep concern for his grandchildren. He is right in sensing that their faith will be put to the test (and ours too). However, to his surprise and mine, I quickly interjected. With a slight smile I shot out, “You don’t need to be concerned.” 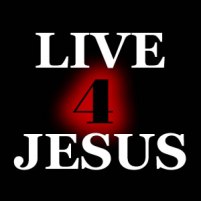 I was able to come to such a conclusion following the events of the previous (Friday) night. For months my wife and I had intended on joining what was described as a youth prayer meeting. I was told there would be hundreds of youth there. However, when I arrived in the parking lot of a downtown Phoenix church I was amazed. Everywhere I looked there were young people. I would guess their ages generally to be 16 to 25. They were all clearly excited to be there as everyone seemed to be focused on getting to the church in a timely fashion. I looked around and proclaimed, “There are a lot of places these young men and women could be on a Friday night but they are here!”

We stepped into what has to be one of the oldest churches in the Phoenix area. We were 15 minutes early but seating was already limited. We made our way to a pew about half way down and took a seat. From there we watched as youth continued pouring into the sanctuary. By the time 7 o’clock came it was nearly packed. The more that showed, the greater the “wow factor” for me. It was amazing to see so many young people coming to worship Jesus! They came from high schools, colleges and universities. Some were dressed in “church attire” while others were more non-traditional. It didn’t matter what denomination they came from, everyone in this place had the same thing in mind.

I was amazed, and felt honored in a strange way, to be one of the oldest people in the building! This event was youth organized, youth conducted and youth attended. As the music began we stood to our feet. Youthful exuberance was in the air. The kids who were here wanted to be here and it was evidenced by this enthusiasm.

At one point in the middle of worship I heard the word of the LORD. All He really said was, “See?” Just one word and I knew exactly what He was talking about. He was reminding me of the prophetic word He gave a little over a year ago. Time and time again I am reminded of it as it is confirmed in so many ways. Rather than spelling it out again, I invite you to read the article below.

While this is not yet happening for adults, it is certainly happening with our youth. No one was there to debate theology or the individual doctrines of the various churches from which they came. They willingly and joyfully journeyed from all around the Valley to worship Jesus. There were NO LINES.

(CLICK to read the article below for the rest of the story.)

The fact is that strong faith will be required in the times which are to come. I’m not talking about a decade or even five years from now. Difficult times are much closer. Sadly, many will waiver beneath the pressure. When forced to choose, some will elect for the temporal that is known to them over the eternal which they are still able to deny.

Yet there is a remnant arising in this next generation. They say what they believe and they believe what they say. For these there will be no question as to which side they are on. For this generation I coin the term, “Generation Jesus.” What’s truly amazing is that many of these are the direct decedents of the lukewarm. They were raised in the Internet age and have been exposed to the myriad of entertainment (and distraction) options available in our techno savvy world. Despite all these distractions their hearts remain true. Despite the lies of this world, their election remains firm.

This generation needs mentors. It needs those who are willing to step up to the plate to invest in the lives of these who are entrusted to carry the torch of Christianity. Some say that as a culture we are only a generation away from, “Post Christianity.” However, I declare in faith that this will not be that generation. I pray that they carry the torch with much greater faith than their fathers and their father’s fathers.

“LORD, I pray that You place Your blessing upon our children, particularly those who have been set aside as the remnant. I pray that Your Holy Spirit moves through them in faith and in power. I pray that they believe from their hearts that nothing is impossible where You are concerned. I pray the blood of Jesus over their minds, their bodies, their souls and spirits. I ask, Father, that seal into their hearts the truth that You will never leave nor will You forsake them. Give them strength. Give them courage. Give them the hands of servants and the hearts of warriors. Thank you, Father, for not turning away from this generation.

Father, I also ask that You will raise up mentors to teach and lead this crucial generation. I pray that these men and women who answer Your call will be given a double portion of wisdom by Your grace. LORD, I also confess and repent on behalf of my generation for the areas where our parenting has fallen short. I repent for allowing my child to be raised by schools, video games and television. I repent for not investing the time and energy when I became too wrapped up in my own life and pursuits. Father, I ask for Your grace to cover my inadequacy and the inadequacy of all those pricked in their hearts by the words of this prayer. Thank you, LORD for ‘Generation Jesus.’ We pray blessings upon it in the name of our LORD and Savior, Christ Jesus. AMEN”

P.S. To those who stepped up and surrounded me with prayer when I asked I want to say thank you! I could feel your faith and the presence of the Holy Spirit in your prayers.

Generation Jesus in the heart of worship!