↓
Home→Prophecy→A Resurgence Of The Baptism Of Holy Spirit 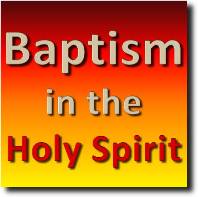 The Lord has been speaking to me that there is about to be a resurgence of the Baptism of the Holy Spirit in this season! He said that people are going to rise up and desire the power that they see in the early church but they no longer see in their denominational churches! He said that they will have a desire for this because they are seeing that on their own they can not be set free of the depth of darkness that their generation has taken them into!

I see this stirring in people again like never before! They are seeing their need of the power of God again in their lives . I am also hearing that the gifts of the Holy Spirit are once again going to become something that people desire and not look at as some back woods thing that their parents and grandparents did that caused them embarrassment in the past but they are going to remember the things that happened when Grandma prayed in tongues and God moved on her behalf! God is going to bring these things to their remembrance in this hour and a new deep desire for the deep things of God is about to begin stirring in their souls until they will have nothing less than all that God has for them!

The Lord has looked on these young souls and seen the poverty of their spirits and souls and His heart is hurting to come near them so that He can heal them! So He is beginning to place a desire in their hearts to come after that which they saw in their parents and grandparents that caused them to long to be clean! It caused them to know peace and to know that there was something in this world that was Holy. So He is putting the desire in their hearts again for the Holy Spirit!! Be ready to bring them into this!!

I am beginning to realize that many who have been raised up in church in the last 20 years have missed out on something that many of us had the privilege of receiving! In order to become acceptable to society we began to first have seeker friendly services. Then finally seeker friendly churches. We did not want to offend anyone or leave them out. So we stopped talking about the precious Holy Spirit! We stopped allowing Him to move among the believers and instead have replaced Him moving with entertainment and all kinds of programs and it has become more like a social club than a place where we allow God to move in His power.

A while back I had a dream of being in a local church and my mother who in the past was always used in the gift of tongues and sometimes interpretation was about to stand up and speak in tongues. Suddenly a woman who actually looked Pentecostal came up behind her and whispered in her ear and said “we no longer do that here.” This whisper stopped my mother in her tracks! The woman in the dream was a woman that was a well known Pentecostal preacher in our area. . I realized that most of the Pentecostal denominations around here were as dead as some of the denominational churches had become! They no longer encourage their people to pray in the Spirit. They no longer encouraged their people to move out in their gifts but had allowed it to slip away because they wanted to become accepted in the world.

God is once again wanting to have free reign in His church! He is wanting to move among His people and He is coming because of a cry of a people (a remnant) who long to see the Holy Spirit come into His church again and do the miracles of the early church! He is coming I tell you in answer to the hunger of a generation who are desperate for the raw power of God!! They are desperate enough to look foolish to the world! They are desperate enough to not care what any one thinks or says. They just know that they have a deep Spiritual need and only the power of the Holy Spirit can deliver them!

The young people today have been raised up knowing all about the spirit realm from even childhood movies that taught them how to do witchcraft.a and all manner of incantations. You can not turn on Television without either seeing witchcraft or sexual perversion being broadcast. They have learned about the power of the dark side but not knowing the power of God, so much so that when they see the power of God they become afraid of it and think that Witchcraft is okay!

We who know of this power need to raise up in this hour and begin to teach and preach again about the precious Holy Spirit! We should begin to have alter calls for the baptism of the Holy Spirit once again in our churches! We need to tell them how He will change their life and how He gives them overcoming power! We need to begin to allow “our people ” to move in their gifts. No it isn’t acceptable to some, but what does that matter if God is pleased. In order to have power in the Lord we have to be willing to look foolish to the world. God has never been interested in our cute little selves, but only wants to be let out of the box that we have had Him in so that He can once again move among us! He is waiting on a people who will not care what anyone thinks as long as we have Him!

What if we begin to allow the worship to go on until it comes up before God and He comes and consumes us!!?? What if? What if we were to preach on the Holy Spirit until people desired to have Him more than the doughnuts in the back of the church? What if? What if we allowed people to move in their gifts and they would get a taste of what God can do when they are allowed to obey? What if?

I am telling you that we are beginning to see that all of our best efforts do not satisfy our souls and an awakening is happening in the church! There is a call to those of us that have known who Holy Spirit is in our life, to begin to equip those with what we have learned and seen and know of Him! As Wade Urban always says “this kingdom life is all about life in Holy Spirit”. It was why Jesus had to go away! He said because if He did not go away the Comforter would not come!

The word also says, had the princes of this world known what would happen that they would have never crucified the Lord of Glory! (1 Corinthians 2:8) They didn’t know that He wanted to multiply Himself in His followers and that now the same power that Jesus had operated in would be present in those who were simple enough to receive it! Ha! They just didn’t know!

“However, I am telling you nothing but the truth when I say it is profitable (good, expedient, advantageous) for you that I go away. Because if I do not go away, the Comforter (Counselor, Helper, Advocate, Intercessor, Strengthener, Standby) will not come to you [into close fellowship with you]; but if I go away, I will send Him to you [to be in close fellowship with you]” John 16:7 (AMP).