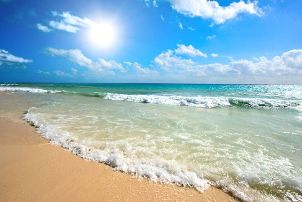 From the beginning of all time, the words echo into eternity. ‘Hath God really said’. The deceiver said to women, ‘hath God really said’? The question was posed. Does God Really Mean What He Said? Doubt was casting a shadow on obedience. What now would man do?

The Lord gives you an instruction, ‘you must not sit anymore, you wait patiently for the correct doors to open. Tell them what I told you, precisely everything and you will be blessed’.

The faith that you are exercising may and will be needed to some degree on the other side of each door by each recipient. Each participant will need that step of faith. Each must know, or at least trust what the Lord has clearly said. Then a continuance into obedience.

Be aware deception will think deception is obedience.

You must know truth and the measuring plumb line for truth. Bottom line, pleasing man over the word of the Lord is out of order.

Many hear the voice of the Lord clearly, ‘invite the blessing in’. Obedience by receiving the blessing will open the way into what you are praying and believing for. It will require a steady stream of faith to be exercised continually. Each must be aware, or at least have trusting faith of what the blessing is and is stepping into. The requirement of faith will push you past your comfort zone. This will ensure that the abundant blessing will come into being. Each will have a chance to be a part, however if one does not continue into obedience, it does not thwart the other from their blessing.

Obedience must be built upon obedience. Disobedience will disqualify any furtherance into the plans and purpose of abundant blessings with the Lord.

Just because one started in obedience, does not qualify one for the final abundant blessing. Obedience must continue and if a misstep of disobedience takes place, quickly get back up and continue into obedience. Restoration is there for all, restoration takes an act of obedience to initiate the path again.

Behavior modification will not qualify in this situation. It must be a heart change deep within, that you know that you know. The revelation will become alive and a quickening power that will be a life changing experience. Good and bad will see the difference, however good and bad will react differently. The change will be real and genuine.

The recipient of the blessing must also acknowledge and recognize pattern and principle and God strategy. Simply explained, one is always more dominate as the penetration into spiritual things and the other is just as important as the receptor. An example would be, a man is different then a women. Women receive and surround man with love and affection while man enters women with love and affection, there is a difference.

This is an important part that we must understand. Survival to many meant that they became whatever just to survive. With the Kingdom of God there is one God. Two heads makes a freak, multiple vision is division and the vision could die, die-vision. God has an order, the God Head, Jesus and the Holy Spirit. We are ambassadors of the Kingdom and in that there is order and rank. In the book of Joel it declares that they all march in rank, there is no pushing or shoving. Everyone is secure in who they are and everyone acknowledges those whom they are walking with.

One must be aware of unfamiliar faith zones. Many start in with excitement and adventure, knowing that they know they have heard the Lord. Then when addition and multiplication begins, they hit a major faith zone. A faith zone way past anything they have ever walked into before. When that happens, many will begin to become fatigued and let their mind figure things out. Example, ‘well, it would be smart to get around and sit among the new territory get to know and be known’.

The young prophet had spend years in training, sitting at many tables and many banquets. He knew for sure the season had changed, some can call it a shift, [yet use it almost as a buzz word]. The season had changed for the young prophet, he knew it and all his confidants had confirmed it. Most importantly, the Holy Spirit had confirmed it brilliantly.

The circumstances of the past had spoken loudly and clearly. He had lost treasured relationships that could not change within the new seasons that come continually in life. What ever had happened in the past, it was now over. The lessons were learned to such a degree that “possibility” was no longer in play at all.

The young prophet had learned what God was speaking and had spoken. It was clear as clear could be. Yet here he was again with a well meaning elder statesmen, an older prophet questioning, ‘possibly you can surely sit just this time and eat with us. Get to know us and the territory’.

Ladies and gentlemen, if you ever hear those words, words that are contrary to what you know that you know the Holy Spirit has said, run the other way, run for your life. What was of the Lord a moment ago has now changed into a manipulation and deception. It is your life that is at stake.

From the beginning of all time, the words echo into eternity. The deceiver said to women, ‘hath God really said’? The question was posed. Does God Really Mean What He Said? Doubt was casting a shadow on obedience, what now would man do?

We will pick up on a story of King Jeroboam who was promised by a prophet of God that he would receive ten tribes of Israel.

Jeroboam was given a promise by the Lord. Promises are conditional, each must stay in obedience to the Lord. Just because the anointing is there in ones life, does not give the stamp of approval.

Obedience, will influence, accountability, character, integrity and discipline. Jeroboam had fears that the people would leave him. He set up false idols in Bethel and Dan so the people would not have to travel away from him.

A man of God was sent to Bethel to prophesy against the false alter. Jeroboam, a man promised a promise like King David, … conditional upon obedience, was angry and yelled, ‘arrest that man’ [the young prophet]. As Jeroboam stretched forth his hand against the man of God, his hand shriveled up.

The king said to the man of God, “Come home with me for a meal, and I will give you a gift.”

But the man of God answered the king, “Even if you were to give me half your possessions, I would not go with you, nor would I eat bread or drink water here. For I was commanded by the word of the Lord: ‘You must not eat bread or drink water or return by the way you came.’” So he took another road and did not return by the way he had come to Bethel.

Now there was a certain old prophet living in Bethel, whose sons came and told him all that the man of God had done there that day. They also told their father what he had said to the king. Their father asked them, “Which way did he go?” And his sons showed him which road the man of God from Judah had taken. So he said to his sons, “Saddle the donkey for me.” And when they had saddled the donkey for him, he mounted it and rode after the man of God. He found him sitting under an oak tree and asked, “Are you the man of God who came from Judah?”

So the prophet said to him, “Come home with me and eat.”

The old prophet answered, “I too am a prophet, as you are. And an angel said to me by the word of the Lord: ‘Bring him back with you to your house so that he may eat bread and drink water.’” (But he was lying to him.) So the man of God returned with him and ate and drank in his house.

While they were sitting at the table, the word of the Lord came to the old prophet who had brought him back. He cried out to the man of God who had come from Judah, “This is what the Lord says: ‘You have defied the word of the Lord and have not kept the command the Lord your God gave you. You came back and ate bread and drank water in the place where he told you not to eat or drink. Therefore your body will not be buried in the tomb of your ancestors.’”

When the man of God had finished eating and drinking, the prophet who had brought him back saddled his donkey for him. As he went on his way, a lion met him on the road and killed him, and his body was left lying on the road, with both the donkey and the lion standing beside it. Some people who passed by saw the body lying there, with the lion standing beside the body, and they went and reported it in the city where the old prophet lived.

When the prophet who had brought him back from his journey heard of it, he said, “It is the man of God who defied the word of the Lord. The Lord has given him over to the lion, which has mauled him and killed him, as the word of the Lord had warned him.” 1 Kings 13:6-26.

Keep in mind what happened at the beginning. The young prophet obeyed the Lord. It took faith for the recipient to acknowledge and receive the healing. Both knew it was correct.

How can two walk together unless they agree?

The territory was circling wagons [getting together like minded] and getting old school advice from the older prophet to confirm deception and a lying spirit was also in operation.

God always knocks on doors. Very few will open and those who do will now be put in demand of obedience unlike ever before.

The deception was very clever.

Anyone your enemy can influence negatively towards you has done you a favor.

You stand having done all to stand. God will honor you. You have come too far to be tricked by the simple scheme of manipulation and lies.

The moment you make a decision that you see it and see it for what it is. Everything will change with expedience toward your abundant blessings.

The enemy and those who are fogged in such may never even see the blessing you are stepping into or they may see. It is no longer any concern to you, move on and continue to move into obedience.

A final thought: If you feel you are acting as a Jeroboam, you can change and begin to walk in obedience. You must not be afraid of people walking away from you. God will and shall restore above and beyond all that you could ever ask or even imagine.

History records that King Jeroboam did not change and continued to bring addition according to the flesh and not the spirit. The price of disobedience was steep and it was not pretty. Either way there is a cost, the cost of obedience or the cost of disobedience. Obedience is better.

Yes, God does mean what He has said.