↓
Home→Foundational→The Nicolaitans: Then and Today

An excerpt from the book:
“Come With Me Through Revelation”
by David Pawson.

“…. I am sure you have heard of Balaam’s ass that spoke. Balaam himself was an ‘ass’ in what he did not say.

If you know the story of Balaam you will know that he was called upon by Balak, king of Moab, who was against Israel, to prophesy a curse of God upon Israel to help him to win a battle, offering him a lot of money to do so.

Balaam tried, but he could not get the words out. Balak tried again through emissaries, and Balaam said, ‘Even if Balak gave me his palace filled with silver and gold, I could not do anything great or small to go beyond the command of the LORD my God.’

But Israel suffered a defeat in another way. The Moabite women began to attract the men of Israel, the people of God married pagans, and they began to get interested in the religion of the women; they lowered their behaviour sexually, and Israel lost the war with Moab.

The lesson to be learned from all this is that a frontal attack of Satan can usually be beaten off because you recognise it, but Satan comes around another way, and he will if possible get you into a personal relationship in which you must lower your standards of belief and behaviour.

That is what happened here in Pergamurn. They had faced dying for the faith and they still talked about Jesus — but they were beginning to eat idol meat, and they were fornicating.

In other words, their standards of belief and behaviour were going down steadily. They were going down because of a group of people called the Nicolaitans, whose teaching could be summed up quite simply like this:

That was their teaching, and the result was that Christians, while they still talked about Jesus, became mixed up with idol worship, and with lower moral standards, and the church at Pergamum was going down.

I think this is relevant to us if the letter to Smyrna is not.

We are living in a pagan Britain.

Just go and look at any bookstall or study the posters on any tube train, and you do not need any further persuading.

It is Pergamum all over again.

I recall taking part in one television programme in Manchester and found that although they had invited me there to talk about the Christian faith, they had invited witches, astrologers, spiritists, humanists, agnostics, atheists, who had not got the first clue about the Christian faith, and this is the kind of pagan mixture that we find ourselves in now in this country of ours.

Not only is idolatry coming back in the form of magic, occultism, spiritism and magazines that dabble in all kinds of things, but the standards of behaviour are clearly going down.

If Satan does not get us by martyring us he could get us this way, by Christians anxious to keep as near to the world as possible and therefore gradually lowering their standards; by the people of God marrying those who do not belong to God and hard though it is to say it, it were better to remain unmarried than to get unequally yoked to a person who does not belong to Jesus.

This is how the church in Britain could get into Satan’s hands in the immediate future not by Satan killing us all, not by the Prime Minister sending us all to the Colosseum or its equivalent, but by an infiltration of mixed beliefs and mixed behaviour leading us into the kind of relationship where we must lower our standards.

Already, I think, most of us who are Christians today do things that would horrify our grandfathers, and we must face the fact that although we think they were old-fashioned, and although we dismiss them as narrow-minded, many of them had a clearer grasp of Christian belief and behaviour than we have.

Jesus had a very strong message: he commanded repentance.” 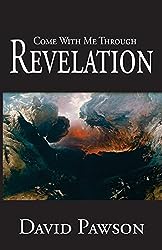