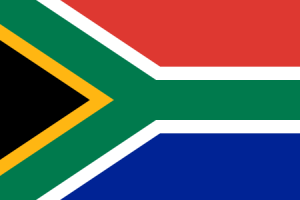 ”Watch! For the Spiritual Waters over this Nation have broken!

Listen! For a time of Birthing is now at hand upon this land, but her cries in labour have drawn in the spirit of Leviathan who now seeks to steal and destroy the Birthright and Destiny of this Nation!”

As I began to pray for South Africa late last night, suddenly I was caught up in a powerful Vision over the Nation, and as I entered into the Vision in The Realm of The Spirit, the first thing that hit me was a foul and putrid stench — a smell of death filled the air.

But as I stayed in that place, the atmosphere around me suddenly became very dark and the spirits of fear were trying to take hold of my mind — trying to push me back from fully engaging with what The Spirit of God was revealing to me.

I could feel a tangible pushing back of the demonic forces of darkness as they tried to get me to leave this Realm of Revelation.

As the demonic presence intensified, I began to pray fervently in The Spirit and and as I pushed back against the darkness through Prayer.

Suddenly my vision became clear, however the putrid smell of death remained heavy in the atmosphere — but it was no longer a distraction to me.

As a pressed forward deeper into the Vision, I heard The Spirit of Revelation say these Words to me, ”Watch! For the Spiritual Waters over this Nation have broken!

Listen! For a time of Birthing is now upon this land, but her cries in labour have drawn in the spirit of Leviathan, who is seeking to steal and destroy the Birthright and Destiny of this Nation!”

I saw that the waters were being stirred up causing great chaos. As the crocodile’s body twisted and turned with great power, I saw large waves being formed, that began to ripple powerfully across the waters.

As I watched this taking place, suddenly I heard these Words, ”South Africa shall fear The Name of The LORD and His Glory from the rising of the sun.

When the enemy shall come in like a flood, The Spirit of The LORD shall raise a Standard against him!”

And as those Words echoed loudly in The Realm of The Spirit, I saw what looked like a large Banner being lifted up over the land and I saw the words, “It is Written” inscribed upon the banner.

As the Banner was lifted high over the Nation, I saw the powerful waves that were being created by the death roll of the crocodile suddenly being pushed back from the land, and as the mighty waves receded back, so I watched as the waters began to dry up and dry land suddenly appeared roundabout me.

As I looked and looked again, I could no longer see the crocodile and the putrid smell of death that had filled the atmosphere suddenly lifted.

Then I heard these words, “It is Finished!”

As I heard those Words, I immediately came out of the Vision and I began to make Prophetic Declarations over the Nation of South Africa,… ”It is Written”….. ”It is Finished”….

South Africa! A battle is raging in this hour of birthing. The spirit of Leviathan seeks to steal and devour your destiny.

South Africa! It’s time to arise in Faith and Boldness and to speak forth: “It is Written!”

Satan cannot stand against The Written Word of God!

It’s time to begin to Declare ‘The Written Word of God’ over the land, Decree that the waves of death and destruction of the spirit of Leviathan shall not flood the land but that a Nation that Fears The LORD shall see God raising up a Standard against the demonic flood of the enemy!

Declare; “It is Finished…. The Battle belongs to The LORD… Victory is assured…!”

South Africa is taking you across on dry land….

Can a Nation be birthed in a day?