“Do you Hear the Cries of the People
as they Cry Out on that Day?” 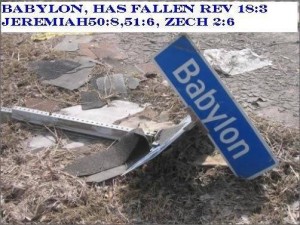 (Please note that these types of prophetic words speak of a time to come.  I don’t claim to know ‘when’ these events will unfold, but I do know assuredly that they will come, and that is why I have been commissioned with others, to proclaim these things.  They are not said to cause fear to erupt in our hearts, but to awaken us to prepare and to be ready when they do come.  Some are of the opinion that nothing like this could ever come to a country such as America, because we were founded on the principles found within a Judeo-Christian framework.  Many even in the prophetic community, are of the opinion and thought, that America would not go through a time of trial and devastation like what is portrayed in this prophetic word.

I tell you though, we have drifted far from what God’s plan was for us as a nation, and He has repeatedly warned us again and again, and we have for some time now, drifted past the point of no return. Jeremiah 51 portrays an account that many see as a prophecy for the United States.)

Mothers will be shielding their babies in their arms.  There will be fires and looting.  Woe to those who have prophesied bright and wonderful things to come.  Where will you run to when the buildings collapse around you?  Where will you be when the tanks and the helicopters fill the landscape?  It will be a day unlike any other, says the Lord.  Woe to those who have breathing problems on that day.  For the smoke will fill the air and it will be suffocating to breathe.

Do you think that you can run from the devastation by your own means?  Do you think your great supply of artillery will save you?  Surely, the government will aid you on that day.  And what will those who have prophesied peace and security say on that day? “

Stephen Hanson of In His Truth Ministries came to the Lord is a special way in 1975 and has been prophesying regularly since. In these end-time birthing pangs we are to be reminded that judgment must first begin with the household of God. Will we be prepared and ready?