↓
Home→Prophecy→Russia, Poland & the Baltic Lands — The Bone and The Treaty (Updated)

The LORD spoke to me during my time a prayer yesterday, as I cried out to Him concerning The Nations and how He wants me to position myself Prayer in the coming days.

This is what I heard. I heard these Words, “Watch! For in the days ahead, they will seek to throw The Great Bear Nation a Bone, to stop The Bear from taking yet another bite!

Yes! But Watch and Pray! For a bone will only temporarily appease his warring appetite, before the eyes of The Bear Nation are back on Poland and The Baltic Lands, looking to take more than his fair share.

For once The Great Bear tastes flesh and blood, there is no going back. So I say again, Watch and Pray as the cravings of The Great Bear Nation continue to grow, for more power and greater political prominence.

But listen, for some will say, “Surely this Peace Treaty will bring common ground and a place of neutrality, for see, now The Angry Bear will stay back and The Red Dragon Nation will be restrained!”

Yet I tell you, the shaking of hands and the nodding of heads saying, “Yes!” will only be temporary, before the sounds of War Drums will fill the air.

For I tell you, the head of The Great Bear will rise once again, and with a show of his sharp teeth and roar greater than before, for he will seek to fully restore what was in the days long before.

Therefore watch! For though The Bear Nation looked somewhat weak and powerless when it first emerged from a time of political hibernation, I say, do not be deceived, and do not drop your guard, for little by little, The Great Bear Nation will continue to bite down hard.

And so he will seek to gain more ground by becoming bolder and even stronger than he was before.

So watch! For in the days ahead, just when The Great Bear Nation seems to back down from taking more and more ground, suddenly an unexpected attack will take place deep underground, that will put their political agenda of A Great Global Reset right back, for an Economic War for the supply of Gas and Oil will bring a shutting down of their pipelines, that will break the backs of a stiff-necked nations.

Yes! For the backs of their economies will be broken and with a loud crash they will cry, of a Great Financial Fall, that will cause a ripple effect, that will bring many Nations standing once again before an open door — and the talk of another World War.

But listen! For when this takes place, a political stirring and an economic battle will again arouse The Bear Nation to another brutal attack, which will bring to bear a greater show of Military Force than there was before.

So keep watch and stay alert for while The Bone and The Treaty looks to quieten The Great Bear, there is a secret coming together of uncircumcised nations, that will seek to gain greater power and dominance.

For The Beast of The East will arise in the west, and with Oil Wells in one hand, and Gold Reserves in the other, He will make promises of great prosperity and a restoration of great wealth.

But watch, for a Snare and a Trap has been set for the feet of those Nations that dare to run towards The Beast, but blind and desperate for the saving of their own skin, a violent Bidding War for Wealth and Riches will then begin, and with lust and greed in their hearts, they will bow to take his bribe, and to wear his crown.

And so, the selling of the souls of many Nations will be seen.

But ha! I say, Fear not! Watch and Pray! For a Divine Convergence in now in play. As Nation rises against Nation and many running to and fro looking for safety and refuge from bordering Nations that claim to care and to know.

But watch, as I harden the hearts of many Leaders, while the people cry, “Let us go! Let us go!”

Now see! For a great Light will shine in the darkness, and all that is hidden will be revealed!

For a time of Great Exposure has come, as the weight of My Glory begins to fall. But woe to those Nations that will not bow the knee, for now The Spirit of The Fear of The LORD is moving, to make a Divine Distinction between Goat and Sheep Nations, and all that will be Restored, Revived and Redeemed!”

Interesting News Headline of March 28, 2022… speaking to a possible agreement of NEUTRALITY… 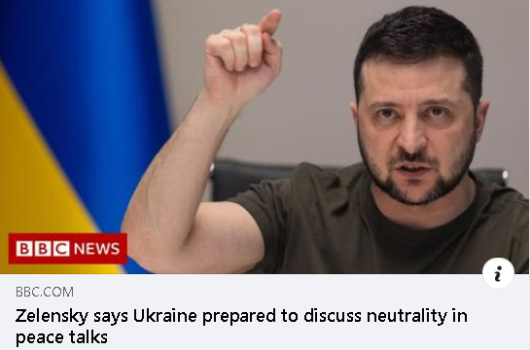 “Ukraine’s president has said his government is prepared to discuss adopting a neutral status as part of a peace deal with Russia.
In an interview with independent Russian journalists, Volodymyr Zelensky said any such deal would have to be put to a referendum in Ukraine.
He has made similar comments before, but rarely so forcefully.
The news comes as the negotiations between the two countries are set to resume this week in Turkey.
“Security guarantees and neutrality, non-nuclear status of our state. We are ready to go for it. This is the most important point,” Mr Zelensky said in the 90-minute video call.
Neutrality means a country does not ally itself militarily with others.”

As quoted above, The LORD said in this regard:

“But listen, for some will say, “Surely this Peace Treaty will bring common ground and a place of neutrality, for see, now The Angry Bear will stay back and The Red Dragon Nation will be restrained!”

Yet I tell you, the shaking of hands and the nodding of heads saying, “Yes!” will only be temporary, before the sounds of War Drums will fill the air.“