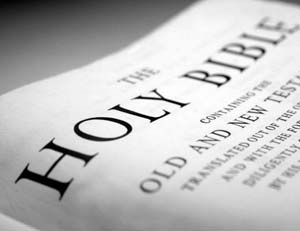 In the life of each Christian, a time will come when we have to choose between Jesus and God’s bible teachings, and the government which rules over us. It may a large life threatening matter, or a relatively trivial matter, but questions and situations will come to us, which demand an answer.

“1Let every soul be subject to the higher authorities. For there is no authority but of God; the authorities that exist are ordained by God.
2So that the one resisting the authority resists the ordinance of God; and the ones who resist will receive judgement to themselves.
3For the rulers are not a terror to good works, but to the bad. And do you desire to be not afraid of the authority? Do the good, and you shall have praise from it.
4For it is a servant of God to you for good. For if you practice evil, be afraid, for it does not bear the sword in vain; for it is a servant of God, a revenger for wrath on him who does evil.
5Therefore you must be subject, not only for wrath, but also for conscience’ sake. 6For because of this you also pay taxes. For they are God’s servants, always giving attention to this very thing.
7Therefore give to all their dues; to the one due tax, the tax; tribute to whom tribute is due, fear to whom fear is due, and honour to whom honour is due.”

When Paul wrote the Epistle to the Romans, society was more homogeneous and of one corporate mind compared to contemporary society, but even then, perhaps Paul’s words were sufficient to lay down principles, rather than solving all possible practical questions which arose on this topic. Here are a few:

How do Christians remain faithful to the Lordship of Christ, when the demands of society are in conflict with them?
What is society demands we are moulded to a worldview which is contrary to the demands of the Gospels?
What if the laws of our land conflict with Christian values and a true expression of the love of Christ?
What if the rulers act in opposition to their intended purpose?

Interpretations of Romans 13:1-7 and First Peter 2:13-14 have often been intercepted to give a biased and an unbalanced view of Christian responsibility, often requiring from Christians a total and unquestioning obedience to the demands of the state. This is wrong and unbiblical as this interpretation omits the Revelation 13 and 18 depictions of states as “beasts” in total opposition to God’s purposes.

At the same time, many Christians are quick to condemn Christians who upset or appear to threaten the social norms of the times. Once again, this view too is unbiblical, as in Acts 17:6-7 we read of the Apostles being described as “… these who have turned the world upside down …” and “… all act contrary to the decrees of Caesar …”

When we look at Jesus in the bible we see him at odds with the Pharisees and Sadducees, the rules of the country at that time. He called them “Offspring of vipers!” (Matthew 13:34) and asked in Matthew 23:33 “Serpents! Offspring of vipers! How can you escape the condemnation of hell?” Jesus had His eyes on God the Father and on the Word of God, not on man and the laws and traditions of man which the Pharisees and Sadducees upheld, because they were in conflict with the spirit of God. For though the spirit of the law brings life, but the letter, brings death. (Second Corinthians 3:6)

Taking the same position as Jesus took, we cannot just look at the laws and traditions of man and our society and our government and grant them automatic approval. This implies that there are going to be times in our lives when the demands of existing and especially changing social, order must be resisted by Christians. There are times when our worth as individuals before God will be tested. Jesus predicted this as he says in Matthew 5:11 “Blessed are you when men shall revile you and persecute you, and shall say all kinds of evil against you falsely, for My sake.” In fact, Jesus did not just predict this, He expected it to happen, for in Matthew 10:23 He gives practical advice saying “But when they persecute you in this city, flee into another …” Note here that the word Jesus uses was “when” we are persecuted, not “if”, or “in case”, or “in the unlikely event…..”

Looking at the life of Jesus and His apparent attitude towards the earthly authorities over him, we need to be reminded that we cannot take a single pro or anti government stance all the time. Assuming that the government is totally bad and Satanic is contrary to the words of Jesus because “the authorities that exist are ordained by God.”

It is in this vein that we need to look at Paul’s argument again from Romans 1:3 in a slightly different form:

Paul’s, therefore God’s, initial statement is this: “Let every soul [person] be subject to the higher authorities.”

What was God’s intent in determining this for us?

There are three answers:

1) v13:4 It is God’s intent that through His servants, His governments, evil acts are punished.
2) v13:5 Bad works are restricted by the fear of punishment.
3) v13:5 Good works are promoted and encouraged.

In Romans 12:10 we read of Paul’s call to all Christians, telling them to live their lives, “in brotherly love to one another, loving fervently, having led one another in honour,” adding in v18 that “If it is possible, as far as is in you, being in peace with all men.”

These words of guidance, and the laws of both God and man are for the ultimate benefit of man; for without laws, life would descend into anarchy and chaos. God requires us to live under law; the question for Christians is whether the man made laws are in keeping with God’s intent.

Revelation 13 and 18 and the words of Jesus regarding the persecution of His followers predict and acknowledge that government, the state, is quite capable to going into rebellion against God and trampling the rights and freedoms of the poor and the weak.

As we read on from Romans 13:1-7 to Romans 13:8 we see the focus and drive of Paul’s argument, which aligns with the words of Jesus and of Romans 13:7 as he says “Owe no one anything, except to love one another; for he who loves another has fulfilled the Law.”

As Christians, we need to meet two standards, the laws of man and God. The laws of man may be summarised in complying with Romans 13:7 “Therefore give to all their dues; to the one due tax, the tax; tribute to whom tribute is due, fear to whom fear is due, and honour to whom honour is due.” The laws of God many be summarised in complying with Romans 13:8 “Owe no one anything, except to love one another; for he who loves another has fulfilled the Law.”

Finally, we need to remember that the author, the Apostle Paul, was a highly trained and very capable Pharisee, and as such, he saw the world not as we see it, through the eyes of a western Greek centric logical mindset and worldview, but from that of a first Century Jew. To him, the government authorities were the guardians of the Word of God and Laws of God which were contained therein. It was by compliance with these laws that the Jewish nation and the Jewish society, would stand or fall. He saw adherence to the “do nots” of the 10 Commandments and the laws, as avoiding the destruction of the Jews. Jesus summed up this matter for us when he replied in answer to which commandment in the Law was greatest:

There are no easy answers to this question, and the Bible does not supply them per se. We live in a complex world and some of the answers will be complex and may not be to the agreement of all parties, let alone all Christians. Nevertheless, we are called to be sensitive in our deliberations and consequent actions and in all circumstances and at all times, to make our judgements in love.

In closing, let the words of Second Timothy 1:1-4 which is a conditional promise for us, in respect of our praying for those in authority over us, so that we may have a quiet and peaceable life:

“First of all, then, I exhort that supplications, prayers, intercessions, and giving of thanks be made for all men, for kings and all who are in authority, so that we may lead a quiet and peaceable life in all godliness and reverence.

For this is good and acceptable in the sight of God our Saviour, who will have all men to be saved and to come to the knowledge of the truth.”