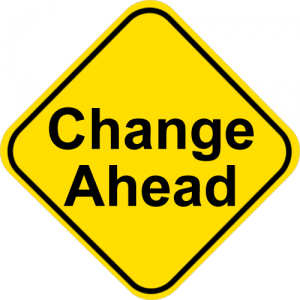 Ten-four (10-4) is a radio communication meaning “message received.” On October 4th (10/4), the last day of Yom Kippur, I was awakened at 2 a.m.. God began to speak to me, making sense of things that have been happening and revealing some things to come.

Did you hear God? The Jewish holiday from Rosh Hashanah through Yom Kippur is a season that many people can hear God more clearly. Don’t be disappointed if you did not hear God or have a spiritual experience. Sometimes subtle things happen that we do not pick up.

I have found that I hear God more clearly during this season, but it is often the weeks before and weeks after. Remember, God is outside of time and sometimes answers to our prayers seem delayed to us.

This is a time when you will need to take radical steps to get radical results. At the level the enemy has come against you, you will want to push back with the same intensity. Expect an increase in your spiritual gifts, dreams, visions, and supernatural encounters. This will open the opportunity for you to step up to a new level and see results for your efforts.

I completely understand it is not easy when you are sick, down or discouraged. When I was sick with Lyme disease last year, I did not have the strength to do anything. But consider finding people who will help you. Take anything you can get!

As I have been sharing this word from God with people everywhere I go, they give me a long list of reasons why they cannot do it. There is new power being released right now to break through, so take advantage of it and watch what happens.

There’s a new door open so come on up! It’s time to rise above the things that have held you back. God is speaking through music.

“After this I looked, and there before me was a door standing open in heaven. And the voice I had first heard speaking to me like a trumpet said, ‘Come up here, and I will show you what must take place after this’” Revelation 4:1 NIV.

God’s voice sounded like a musical instrument and you can expect God to speak to you through music. New doors and gates are opening right now over your life.

There is new freedom in worship. I had a dream in which I was on stage with a well-known worship leader and he started playing “Free Bird” on slide guitar. He played with intensity until something new began to open in the spiritual realm.

I knew it was time to press in and rise above because as he played it, something new opened. Praising God in the midst of adversity breaks things open (Psalm 43).

I have published several prophetic words recently stating that God is releasing a new sound from Heaven. Many have been searching for it wondering if it is a certain type of musical instruments or style. Yes it is, but it is not limited to that.

I recently noticed a new style of worship music emerging. In fact, this new style has irritated those who do not understand it. Many people say they do not like the new worship music mentioning the word “I”, as opposed to the songs’ lyrics being about “Him.”

A few decades ago John Wimber and the Vineyard introduced the world to worship being about HIM and not us! God’s presence would show up strongly when we sang “to Him” and not “about Him.”

Just as in the time of the early Vineyard, things are shifting once again over worship music. Now there is a very strong presence of God coming when we declare who we are “in Him.” These are called declarations or decrees and the songs often have the words “I” or “we” in them.

Don’t mistake this new sound and movement as being self-centered. It is very Christ and Heaven-centered as it powerfully brings God’s presence on Earth as it is in Heaven.

This new sound coming from Heaven right now is declaration-based. As we agree with Heaven’s sound and declare who we are, watch as a powerful anointing comes enabling us to be all God created us to be!

God is activating angels to help you

Angels have been assigned to you and your family to accomplish your life purpose. Often, we are not aware of this so these angels are not activated in their assignments for you.

“In the council of the holy ones God is greatly feared; he is more awesome than all who surround him” Psalm 89:7.

God spoke to me that there is a “council of holy ones” around each of us and He is making you aware of them. These are angels that are assigned to our family and generational lines. God is bringing His light of justice and the council of angels has been assigned to you to bring you closer to Him and open the doors to something new.

New revelation is flowing for your situation through December. This revelation will bring about a course change that will align you with your destiny.

Expect this sweet, new revelation to bring about changes in your course. As it comes, it will bring new connections, deeper insight, strategies, strength and encouragement. You will have a greater understanding on your next steps for January 2015 as you act on what God says over the next few months.

For months I have been having repeated dreams where I am trying to teach people to fly, but they don’t believe they can.

Most of them have “grounded” themselves by their belief systems or by over-interpreting something God had spoken to them and pulled back too far. Others have no idea the season has changed and there is new freedom to fly.

“But they that wait upon the Lord shall renew their strength; they shall mount up with wings as eagles, they shall run and not be weary, and they shall walk and not faint” Isaiah 40:31 NKJV.

For those who have been waiting, the season has shifted so you can now take new steps and expect strength to replace weariness. Try it for yourself and take a step to rise above your situation and get into your destiny at a higher level.

God showed me that things happened to many people in November 2013 that looked strange and almost opposite to what you expected. But fifteen months from November 2013 (February 2015) you will see a turnaround.

God spoke to me that many people are in a seven-year cycle that started in 2001 and strange things happened again in 2008. It is time to prepare for a total turnaround coming in 2015.

Look back to 2001 and 2008. The tragedy of 9/11 took place in 2001 and the major crash of the housing industry and economy in the U.S. in 2008. These occurred seven years apart. In my life, these particular years also coincide with difficult times.

Daniel studied the writings of Jeremiah and determined that the desolation of Jerusalem would only last 70 years (Daniel 9:2). He was able to pray, fast, and respond according to a cycle of time. There is a major change for the good coming in 2015. Expect repayment for the losses of the past.

Curses are being broken over you that were placed there by doubters and naysayers. Watch for physical healing to start happening in dreams. You will also notice spiritual blindness lifting off of people around you between now and December 2014. There is a new openness to the supernatural, dreams, and spiritual things.

P.S. Want to get my Daily Prophetic Word? Sign up here with your email address and I’ll send it to you so you don’t miss a single one.

Want to hear more on these prophetic words for the month? Watch the replays of my recent Spirit Connection webcasts. Join me and my team for this FREE webcast on the first Wednesday of every month at 6 p.m. Pacific Time.

Doug Addison is a prominent conference speaker captivating audiences with clean stand-up comedy and high energy prophetic messages, also shared on TV, radio and the Internet for over a decade. He brings laughter, fun and a unique prophetic style while empowering people to transform their lives, discover their destiny and understand dreams, tattoos and piercings. His powerful messages stay with his audiences long after hearing him.